Timber In The Frame

House building in Britain has, to varying degrees, employed timber as a building partner since the beginning of recorded time.

Ceremonial burial sites, and major defensive fortifications aside, homes have been built in stone incorporating timber, and in timber with incorporating stone, brick, and mortar since Roman times.

Many fine examples of timbered and semi-timbered houses still stand today, witness to the material’s durability. The material that looks out at us from medieval and Tudor buildings is oak.

Until the seventeen hundreds, Britain had abundant forests of oak, a material durable and hard, which is why it is still visible in certain types of property today, some over five hundred years old.

These types of building became known as half-timbered, because the construction beams were made by cutting the logs either in half, or square section.

In areas such as Scandinavia, and the Baltic, abundant soft-wood pine forests supplied logs which did not lend to squaring off, and buildings more often than not constructed using whole logs.

The frame work of these half-timbered houses, unlike today’s timber frames, was part exo, and part endo-skeleton, the walls filling in between the timbers. The infill was normally wattle and daub, or laths and plaster.

As the art and skill of both brick making and brick building increased with the influence of the low -countries, a strategic export/import partner, and the use of timber became less prominent, also the native supply was dwindling.

Timber still kept a place in house building, as almost every dwelling, and almost all with pitched roofs (Novell Roofing), have been built incorporating timbers.

From the turn of the last century, forestry planting in Britain has been on the increase, and so has the industry of constructing prefabricated timber frames for house building.

Today timber frame construction is becoming more and more commonplace, as its advantages are being recognised, firstly the speed of the build, once the foundations are in place. 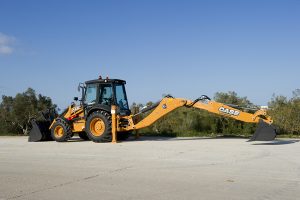 The actual physical erection of the basic house, from delivery to site to weather proofed roof and walls can be completed in a matter of days, as opposed to several weeks for the more traditional brick and block build.

The other major appeal to many are the green credentials that come with modern wooden frames, with sustainable commercial forestry farming producing a renewable primary material.

The material is regarded as renewable as the farming of it, fells only as many trees, by ratio, as it plants.

The growing timber absorbs carbon dioxide into the wood, making a material with a virtually negative carbon foot print. Timber still has a lot to say in house building in Britain today.